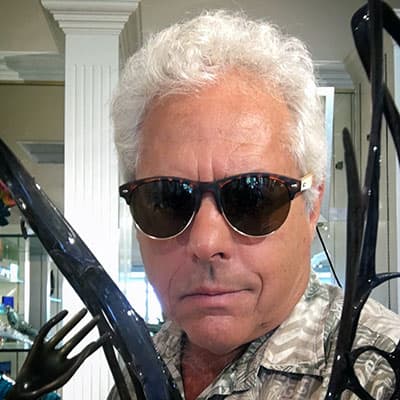 Michael Gilbert is a third generation photographer painter and sculpture.
He holds a Masters and Craftsman degree and a featured speaker world wide.
His lectures and shows have taken him all around the globe.
Gilbert has lectured at Imaging USA, WPPI. Pacific New Media, Passport to the Arts, Dutch school of Photography and his work hangs in major collections.

In 2006 He had a one man show at the International Center of Photography and Hall of Fame. The same year they museum acquired a complete 52 image print set for their permanent collection. Over the last few years he has made several lectures at B and H and Adorma in NYC. Currently his sculptures and images are sold through the Napua Gallery A Waldorf Astoria Collection and they also book his commissioned portrait sessions.

Michaels whole family is involved in Art. His Dad was voted one of the top 25 most influential portrait photographers of the twentieth century by the Royal Photographic Society of Great Britain. His uncle Jack Gilbert just had a one man show at the prestigious Carriar Gallery in Toronto and his Aunt Ina and sister Nina are all highly collected and noted painters.